When we began this series, we mentioned that tipping is the most common type of accident with cranes.  To that end, we are trying to do our part to keep you from becoming a statistic by providing education as you work in and around cranes. We’ve looked at how gravity, balance and leverage work together to keep a crane stable, how the crane is made, what the tipping point is, and what the standards and OSHA say. Now lets apply what we’ve learned.

They say a picture is worth a thousand words, so this post will use illustrations to indicate some of the various configurations and quadrants of operation where there may be stability concerns and include images of where something went wrong. Please remember, these are only examples and it’s important that you refer to the crane operator’s manual and the load capacity chart for specifics for your crane. We cannot stress the importance enough of taking the time and making the effort to ensure proper set up, knowing your load weight, and having an educated operator–it just might save you a costly mistake.

Crane manufacturer’s that allow “on rubber” lifts will provide a load rating chart specifically for this configuration. 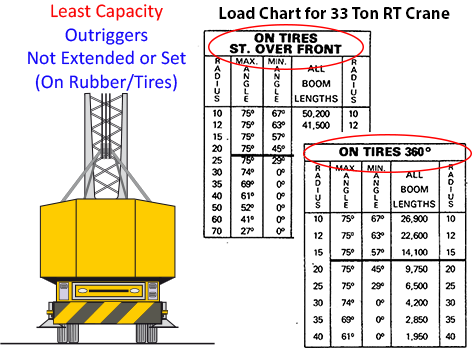 In the image below, the rough terrain crane clearly did not have its outriggers extended and set.  It was simply overloaded and lost it’s stability, causing it to tip over. 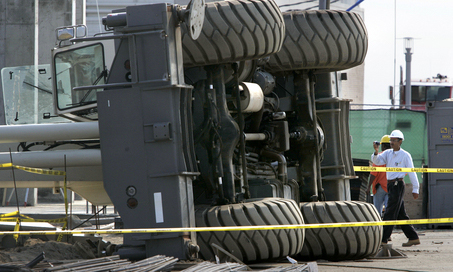 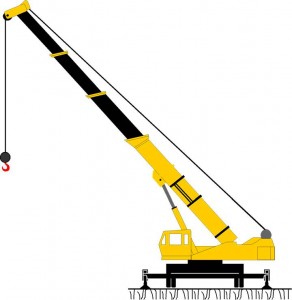 When the boom is positioned over the front of a crane on outriggers, the tipping axis is the forward set of outriggers. Crane manufacturer’s that allow “over the front” lifts will provide a load rating chart specifically for this configuration. 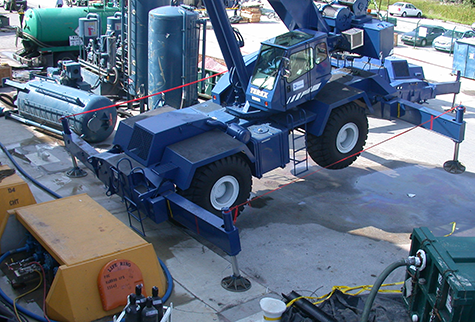 The rough terrain crane pictured above is an example of  the load’s leverage exceeding the crane’s leverage, as discussed in part 4. When the crane was overloaded it lost stability, causing the back outriggers to lift off the ground.

When the boom is positioned over the rear of a crane, the tipping axis is the rear set of outriggers. While this is usually where the most capacity is provided, you must still follow the load chart, and know your load weight for your lift to ensure the crane will remain stable and upright. 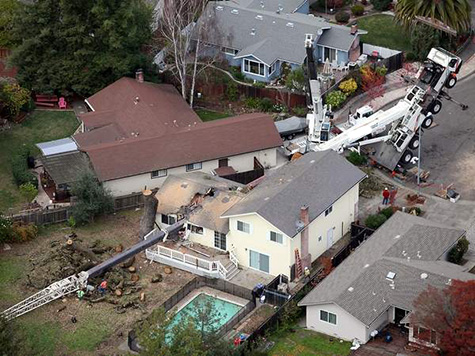 In the image above, an oak tree was being removed from a residence. As the large trunk portion was being lifted, it proved too much for the crane and it tipped over the rear and split this home in two.

Just because a crane has a long reach, doesn’t mean you need to use all of it. Many times tipping is a result of the boom being extended beyond the necessary length.

In the case of this tipping accident below, they were only lifting an electric motor, however the outriggers were not set and the crane tipped over because the boom was extended beyond the capability of the crane. If the outriggers been properly extended and set, this lift could have been completed in a safe manner.  What should have been a simple lift, became a very costly one. 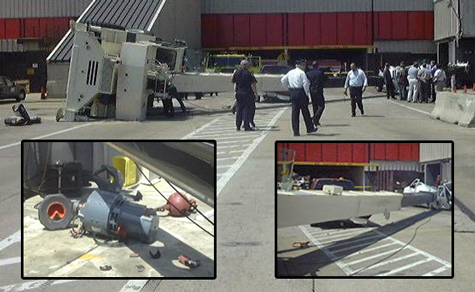 Hopefully by now we can all agree that the loss of stability resulting in a tipping incident or accident shouldn’t be a common occurrence. They are costly and can be avoided.  Remember the following key points:

We’d love to hear your comments and hear how this series has helped you. Feel free to let us know your thoughts using comment function below. Until then, have a safe day!

5 Responses to “Part 6: Mobile Crane Stability – Don’t Be A Statistic”